This proposal’s aim is to formalise vehicle gas stations with a neutral design catering for the complexity of our cities and ensuring an easy installation within urban spaces.
Our intention has been to use simple lines and shapes with highly-resistant materials, easily recognisable within existent urban buildings.
This unit also aims to emulate a vehicle, either replicating its shape and dimensions or rather including elements specific to the car within its design.
This project has assumed the responsibility of providing, through the product’s size and components inside it, the supply of natural gas on the street, thus offering a new power system, cleaner and more economical for the city.
If we assume that all objects are mainly composed of three own concepts, its exterior, interior and the limit that divides one from the other, we can see that this design has focused on this third concept; to give a solution and character to this limit which joins and divides the interior (structure) and exterior (function) of a product at the same time. In this way, this station will significantly show its exterior through its skin, its cover, cleverly hiding the technology inside it.
The shape will be that of a longitudinal parallelepiped (dimension in millimetres when closed 9240x2440x3670, 13920x2440x3670 when opened), at the extremes of which we will place the service accesses or stands together with the required equipment. These two areas will have a crystallised door with an automatic opening and closing mechanism for access and security control.
When opened for their operational or service position, these doors will unfold little wings or telescopic glassy covers which will protect the area from unfavourable weather conditions and provide the perfect space to keep the panel which will control the gas supply, enquiry and payment by the user.
In a non-operating position or closed position, these doors will protect and frame the entire panel or service technical totem, becoming a significantly identifiable element (OPPI) of the brand GAS NATURAL FENOSA both during day and night.
The other three sides which form this station, the frontal, the back and the top (the latter being understood as the fifth side) will complete this self-containing box, giving a structural consistency to its entire perimeter, placed on a smooth and porous surface.
Both the frontal side as well as the back one will strategically store mechanised sliding doors for the perfect functioning of its interior.
These sides will be covered with panels, reaffirming the horizontal or linear nature of its façades while visually smoothing them and providing concealed ventilation through its grooves. Its irregular texture gives it a surface which is not smooth and continuous, discouraging graffiti or vandalism.
Its construction has been designed to be as rational as possible with a fixed modular system with screws in the structure. This optimises and eases its transport and assembly while making it easy to relocate in the case of impact or deterioration.
The final surface coating given consists of horizontal bands with a faint chromatic gradient. It is a shade which gives the assembly a visual weightlessness as a tribute to this area for which it is designed.
A chest with a link or alliance with energy. 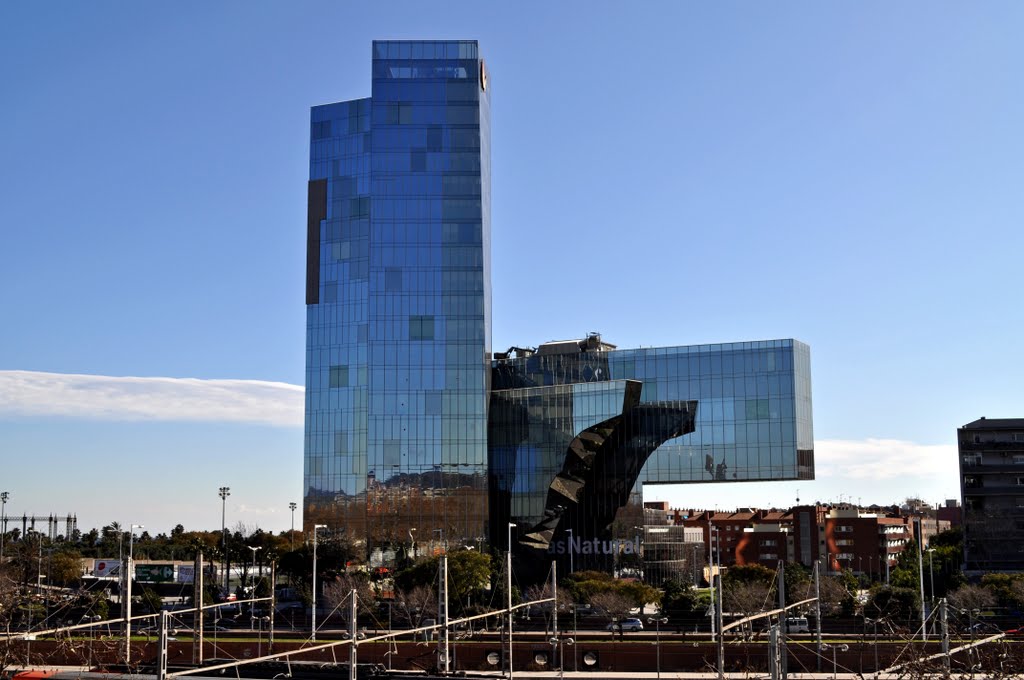 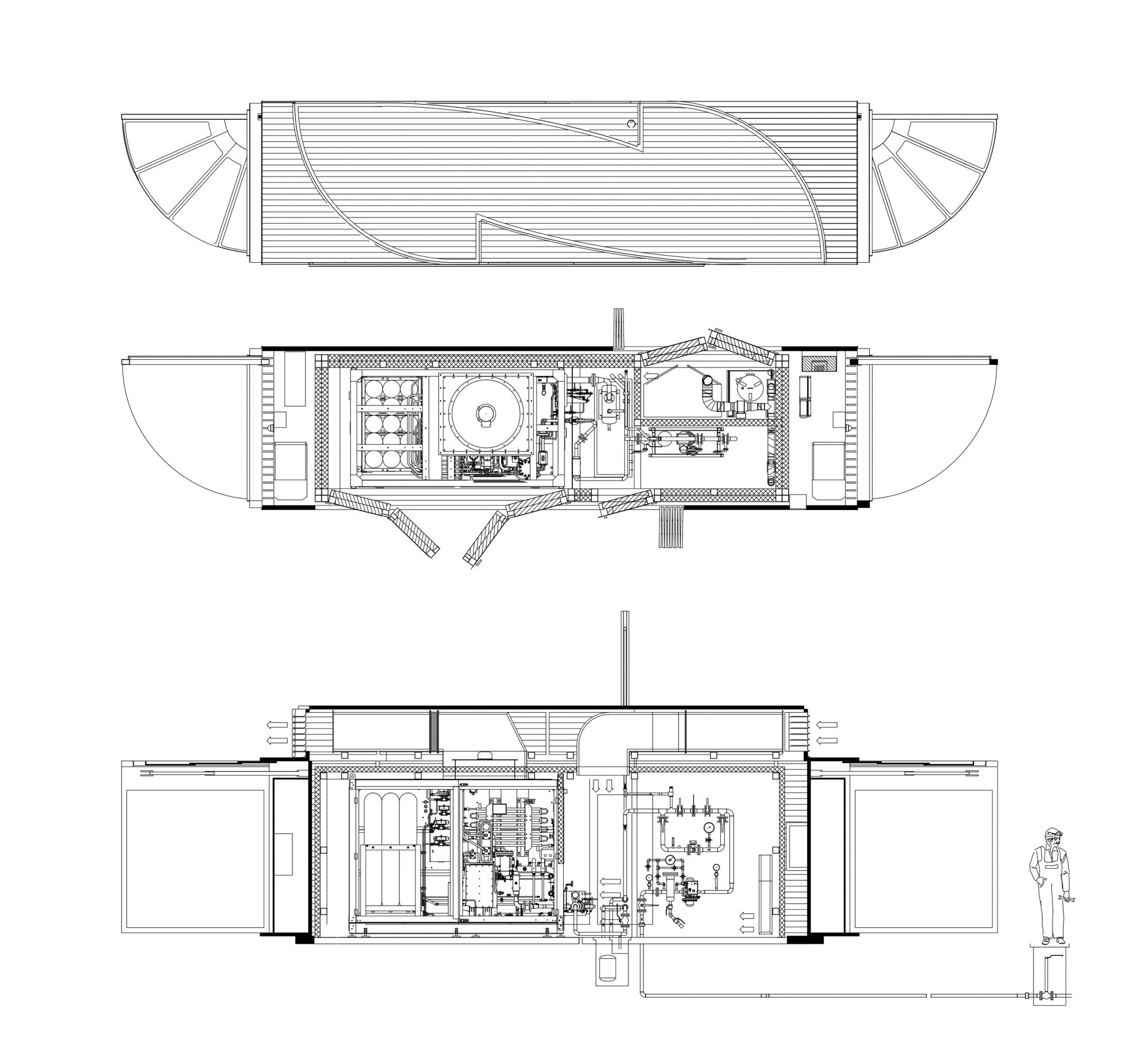 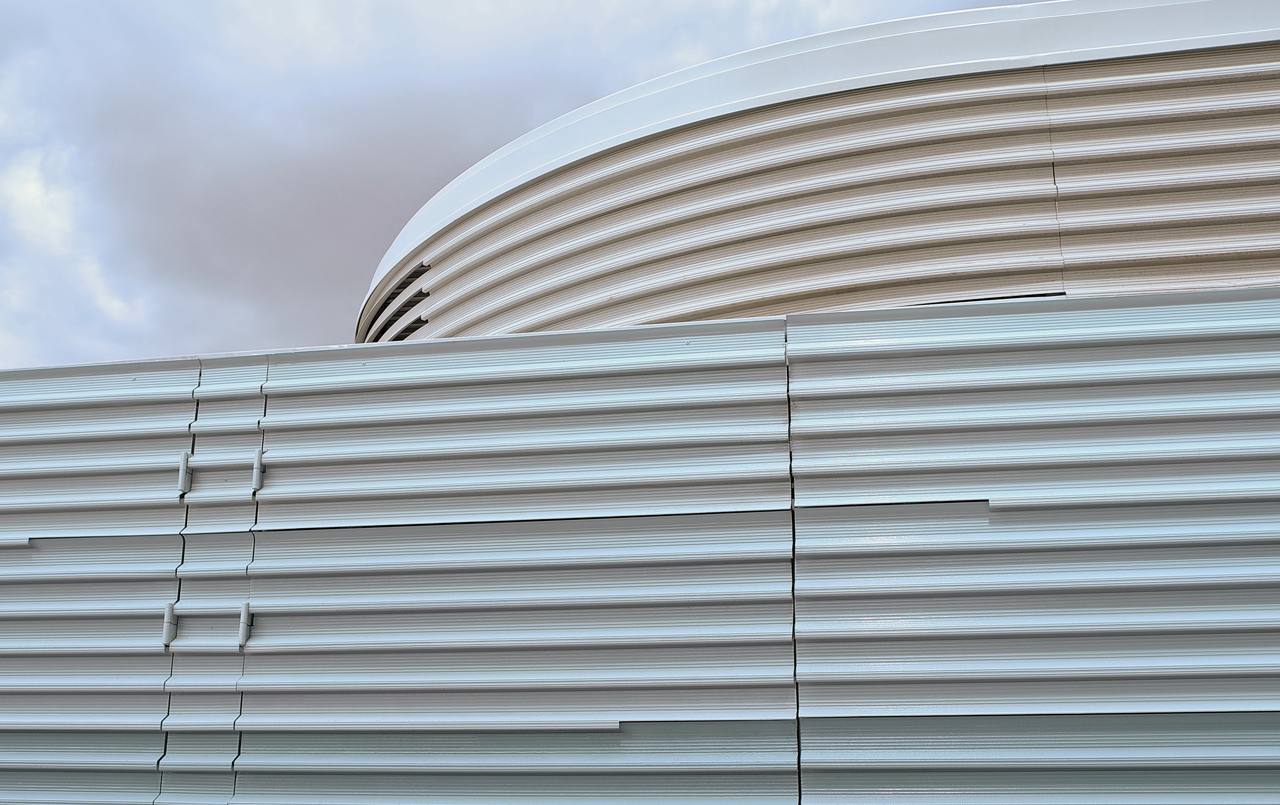 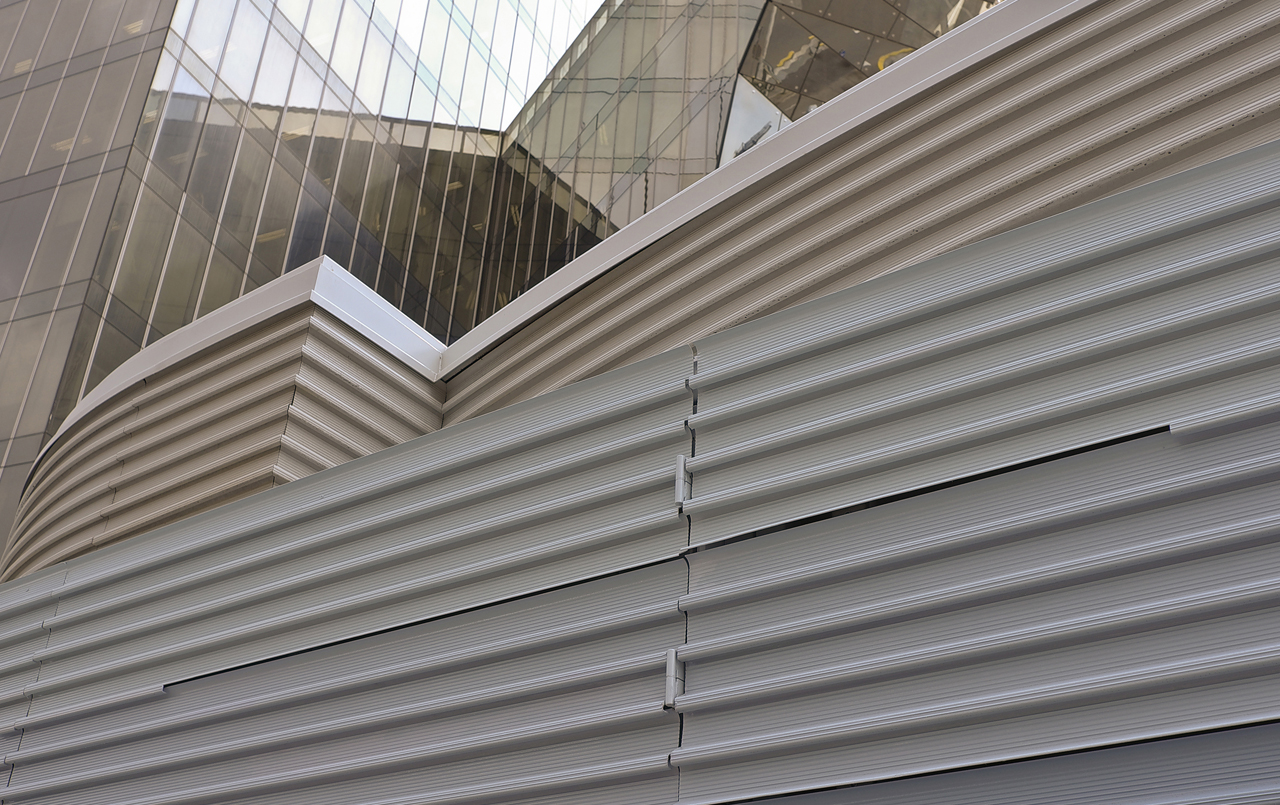 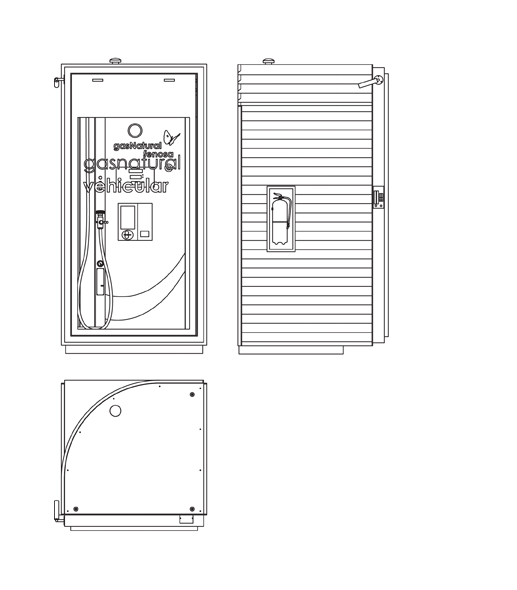 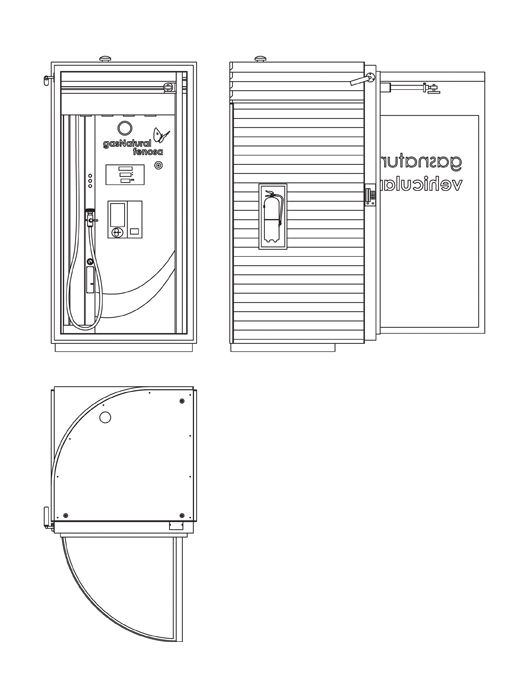 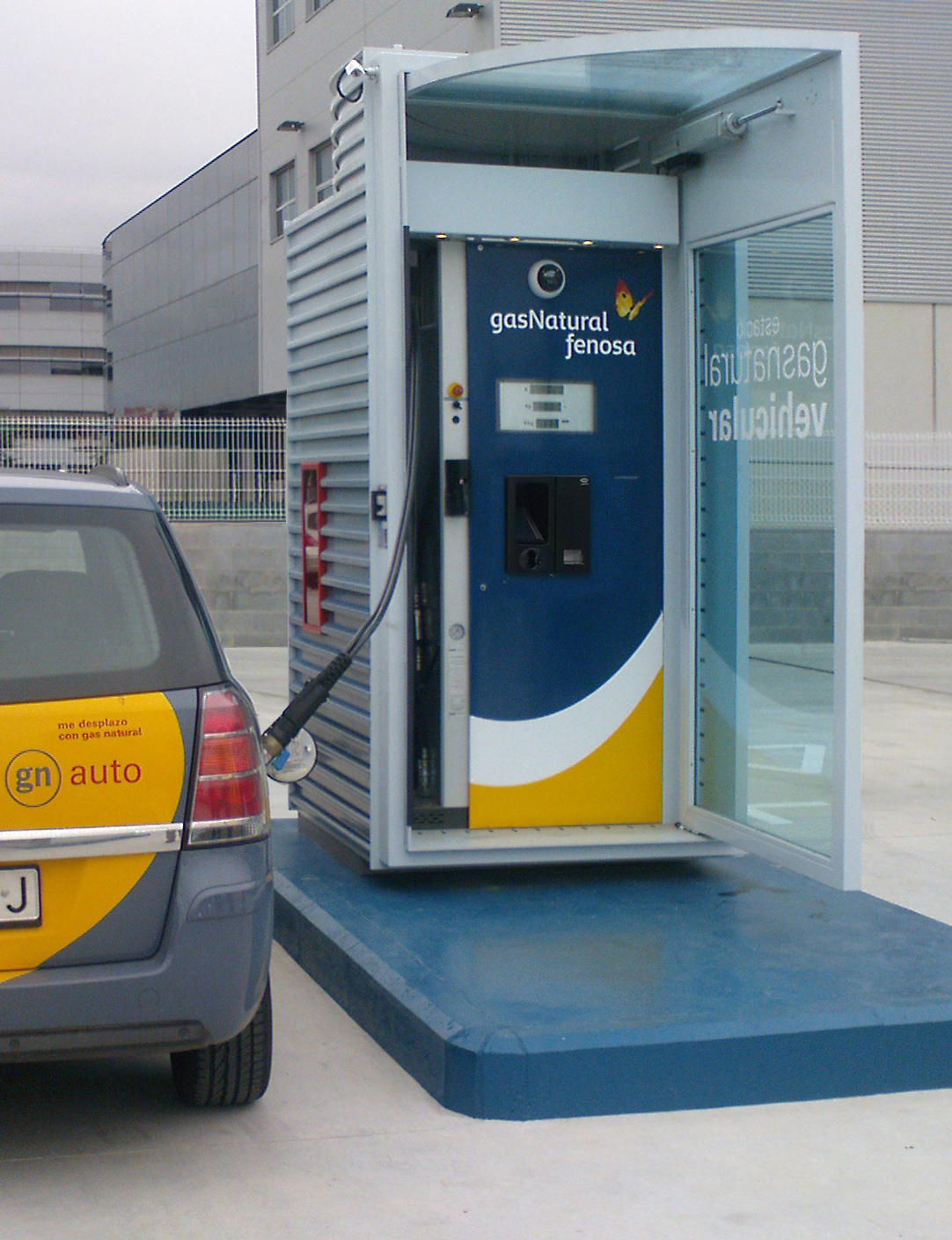 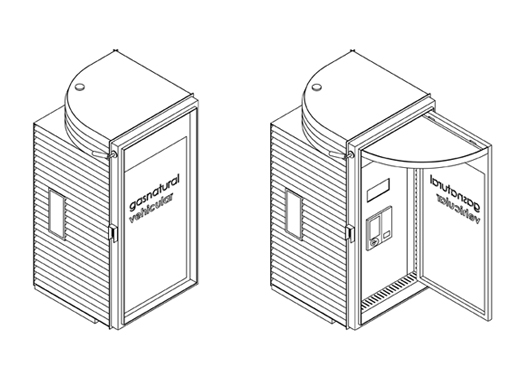 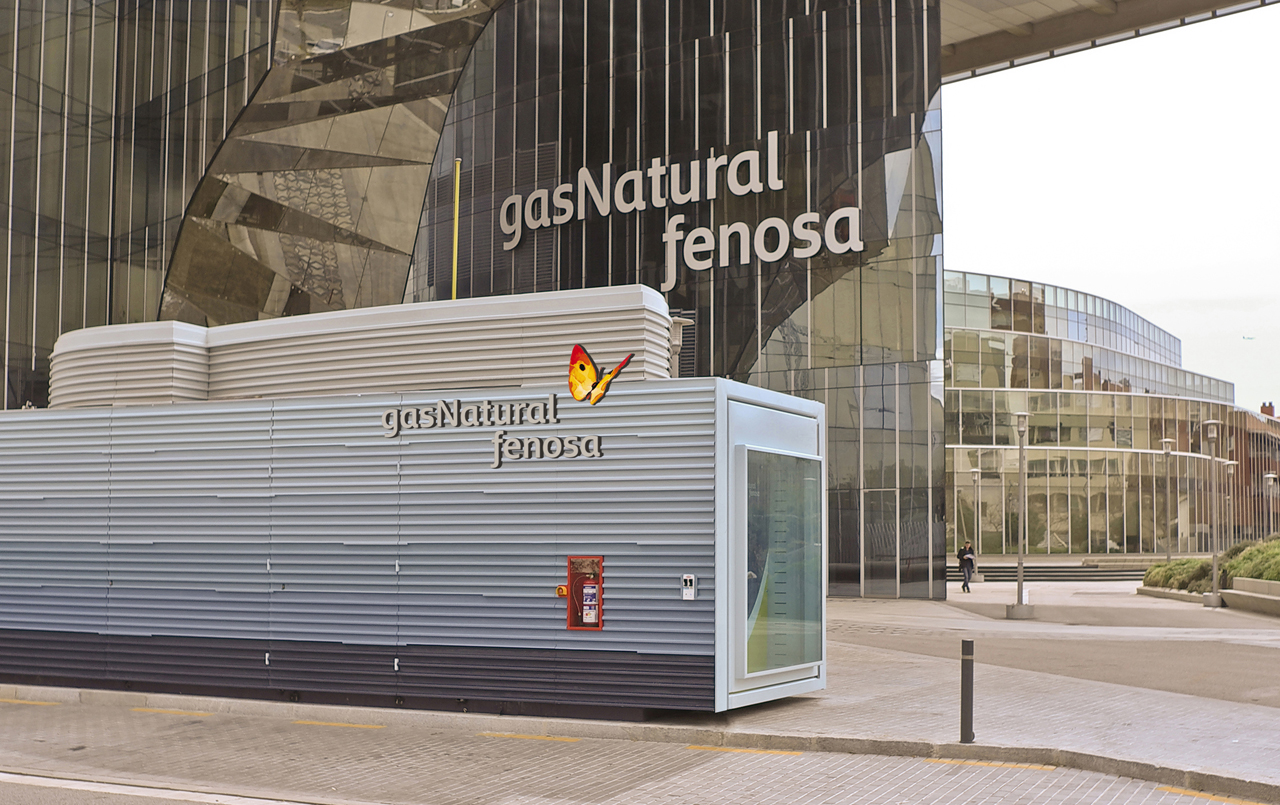 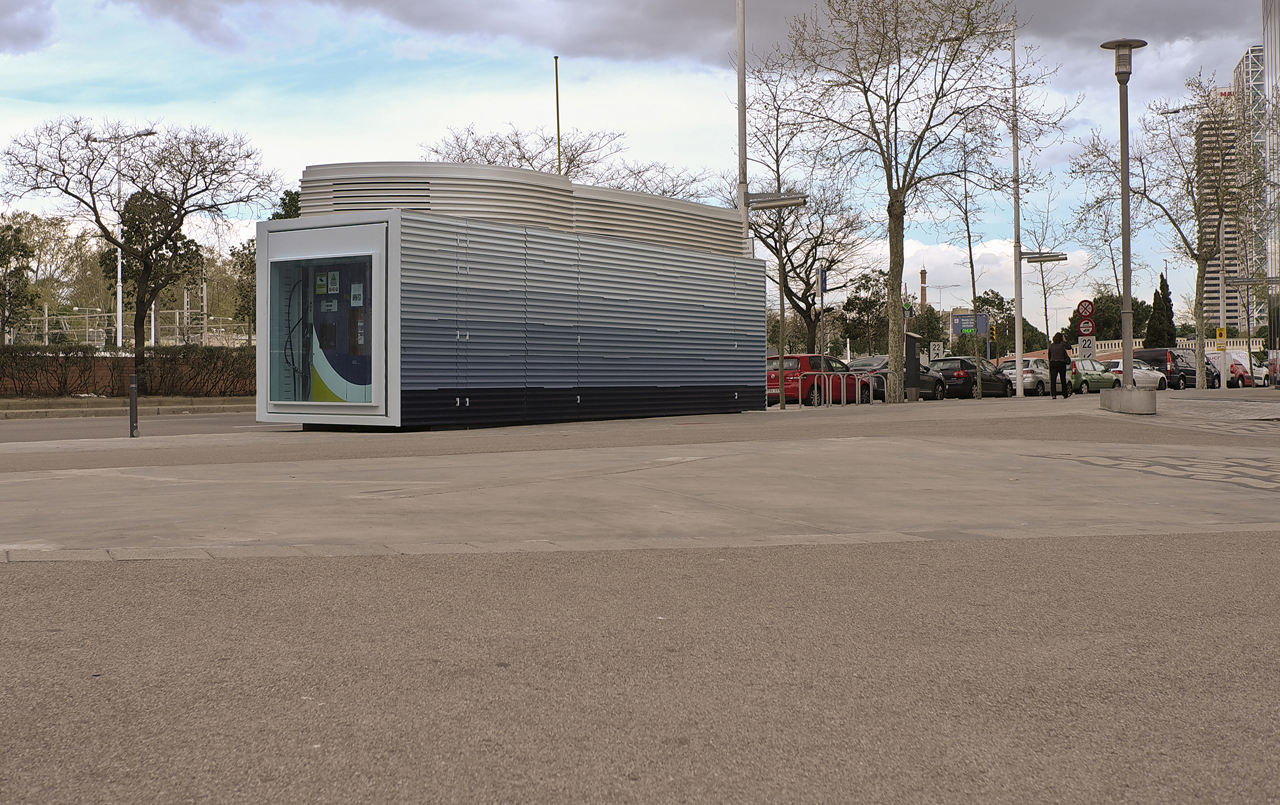 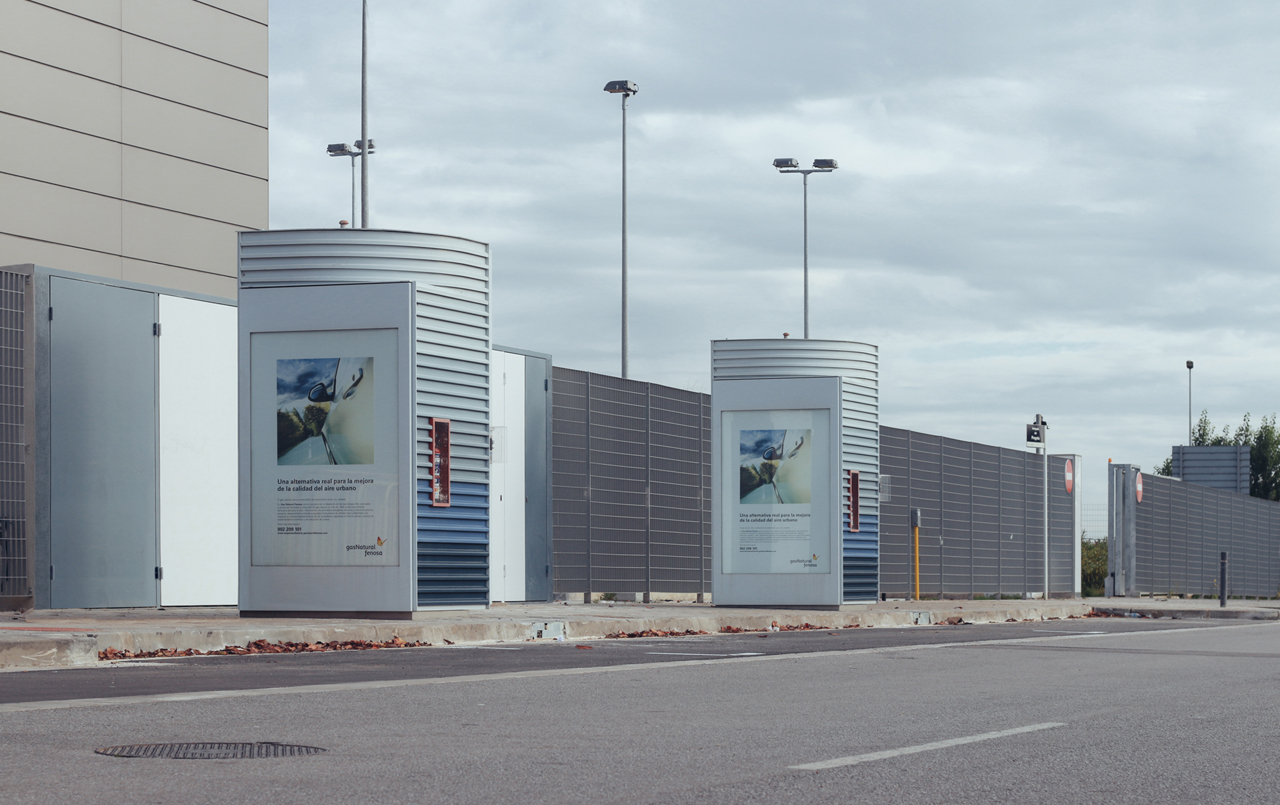 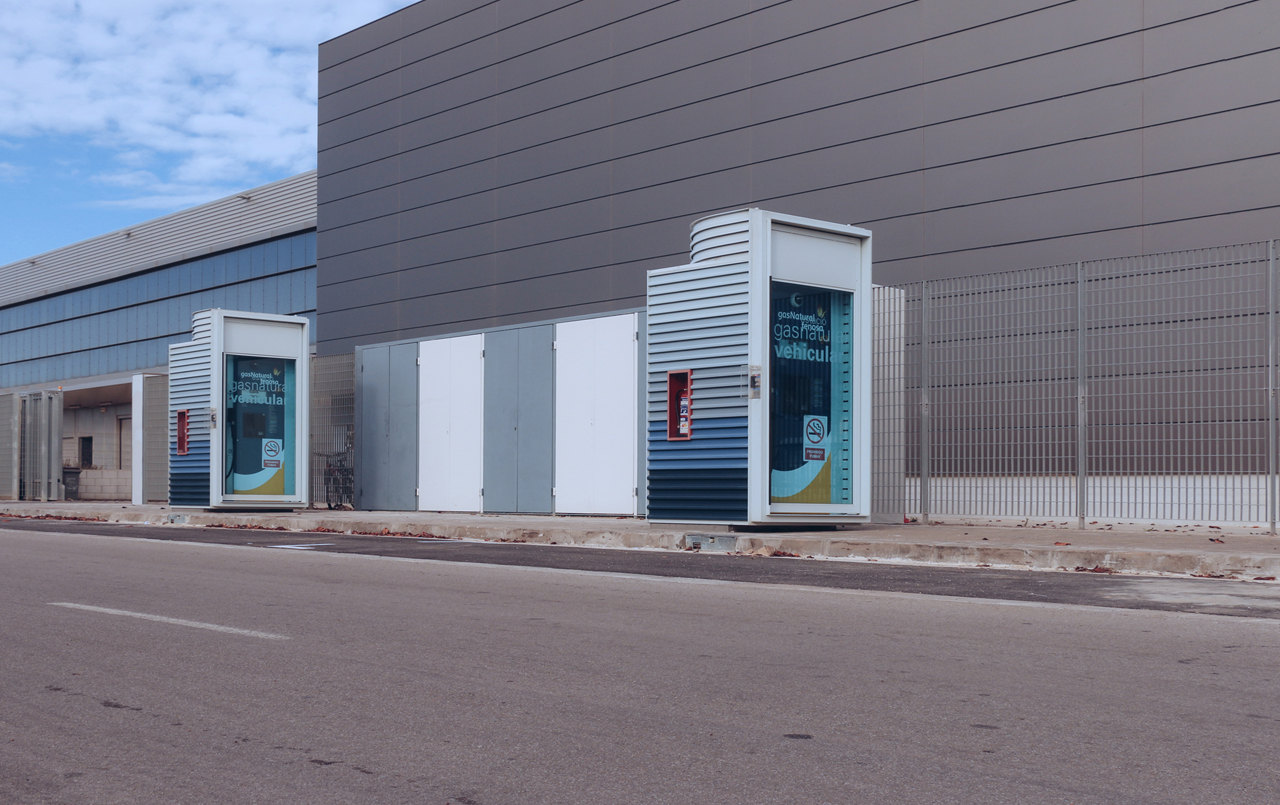 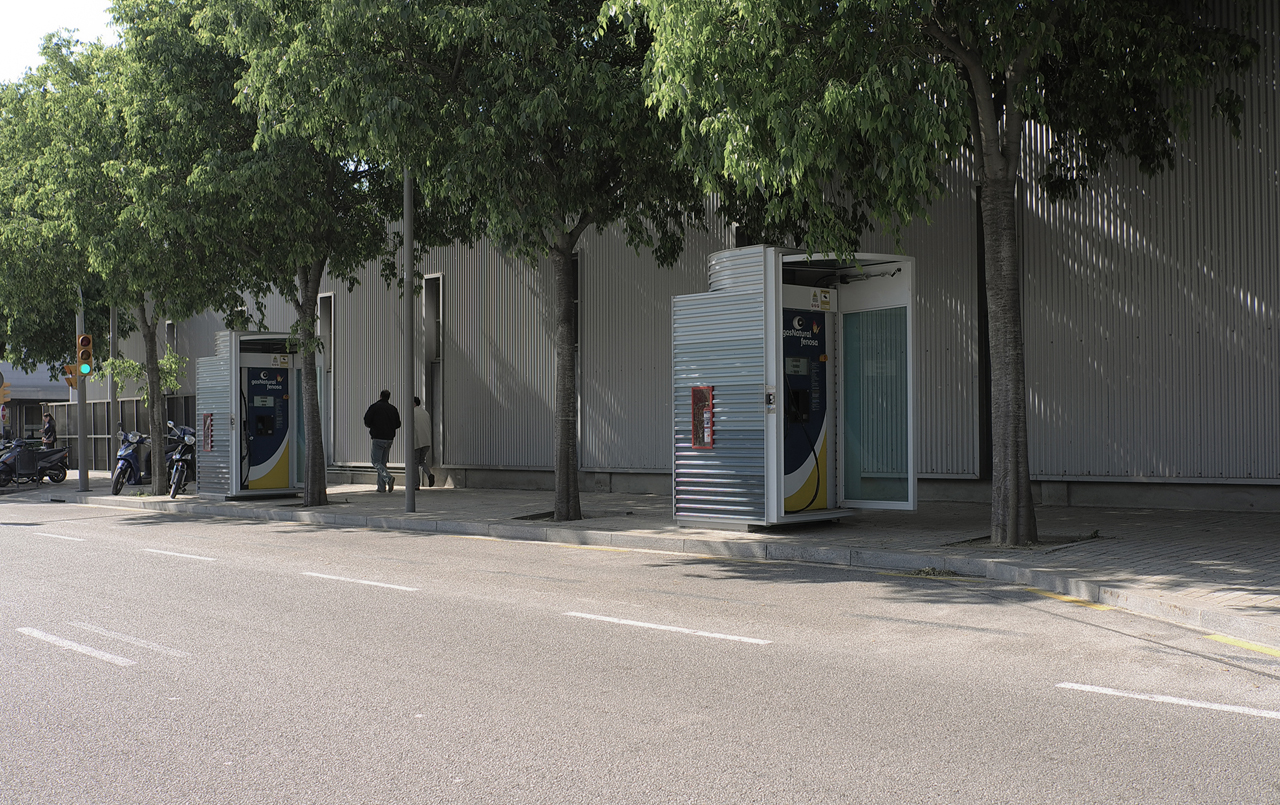 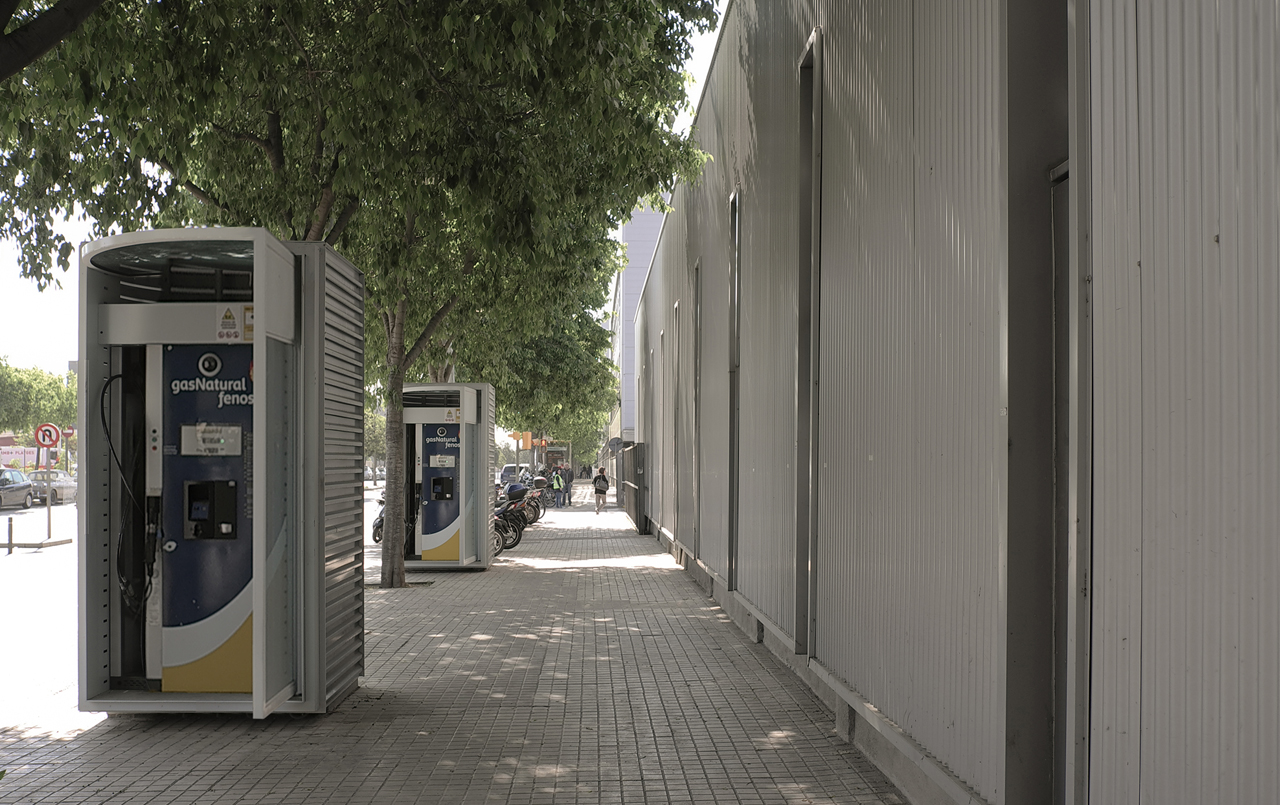