This structural profile draws a figure in space which, despite its enormous size, tries to be visually light.
Its presence provokes different spacial intensities. From the Ronda del Mig, it is integrated into the urban landscape as a referential element while its intentionally-unstable, expressive structure in the pedestrian space suggested a weightless and receptive form, signalling the entrance to the Institut Universitari Dexeus.
Its perception as a landmark, both nearby and distant, is prolonged into multiple sequences, simultaneously establishing a relationship of complicity and contrast with the new architectural assembly. Close inspection makes clear the crossed, overlapping form of the B (Barcelona) and the D (Dexeus) with intentional calligraphic expression.
It is a composite, organic, living, rising element. A silhouette where colour is a major player, making this element into a vibration, a suspension of colour in space. 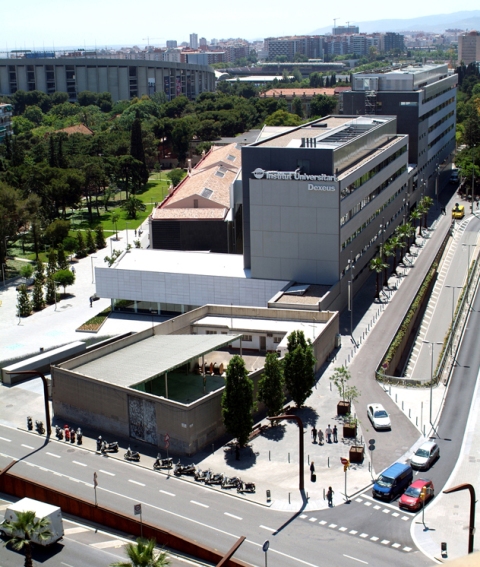 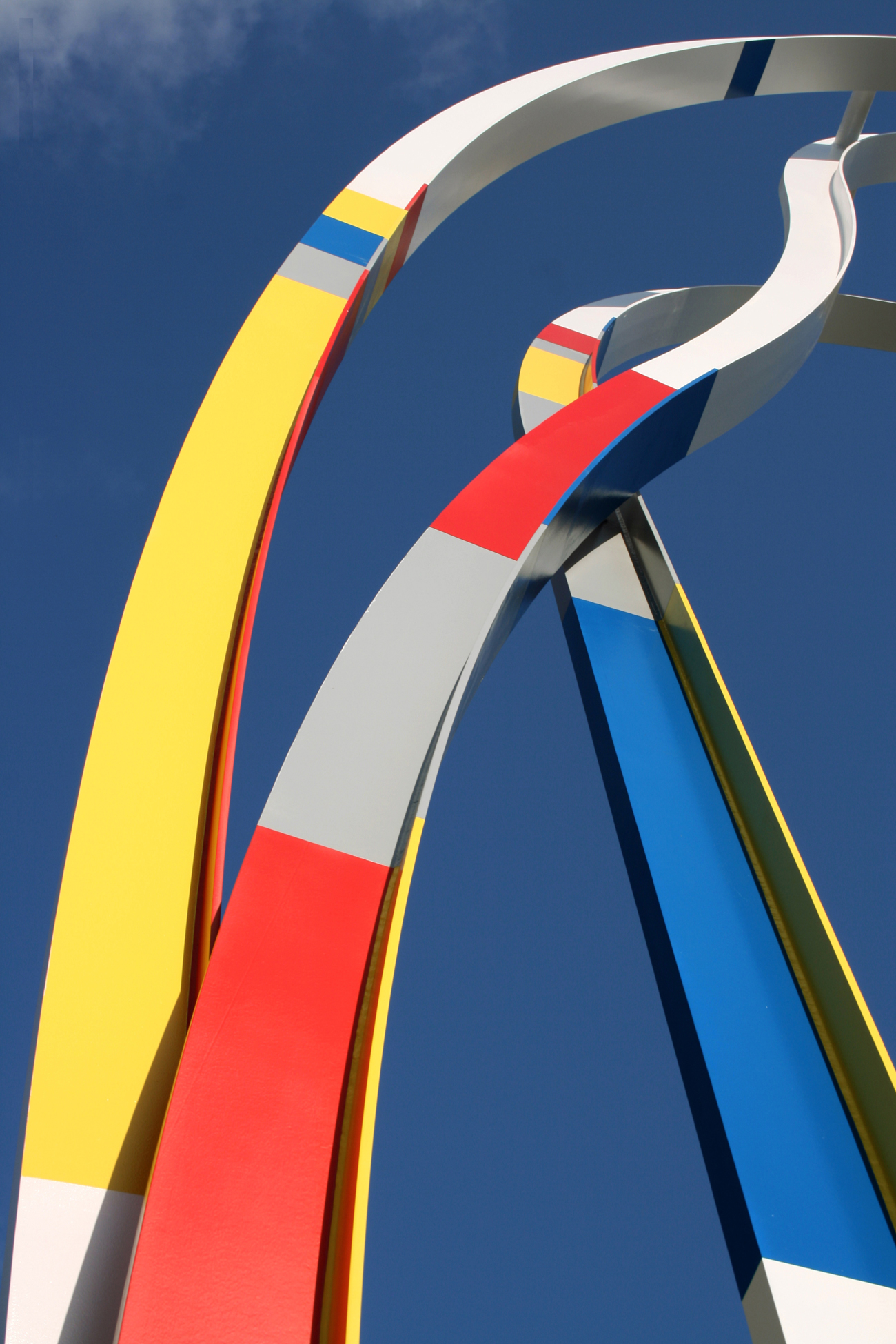 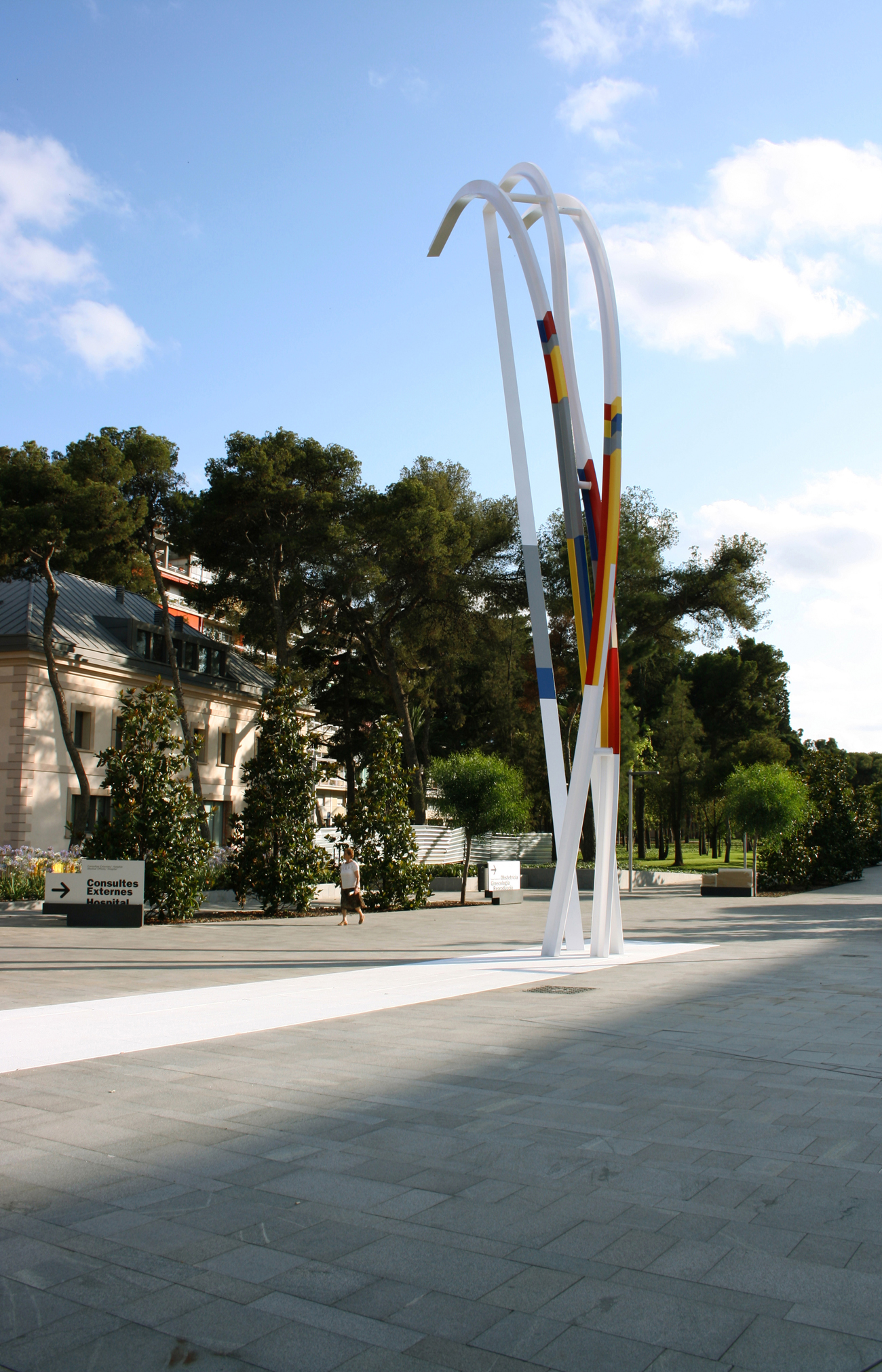 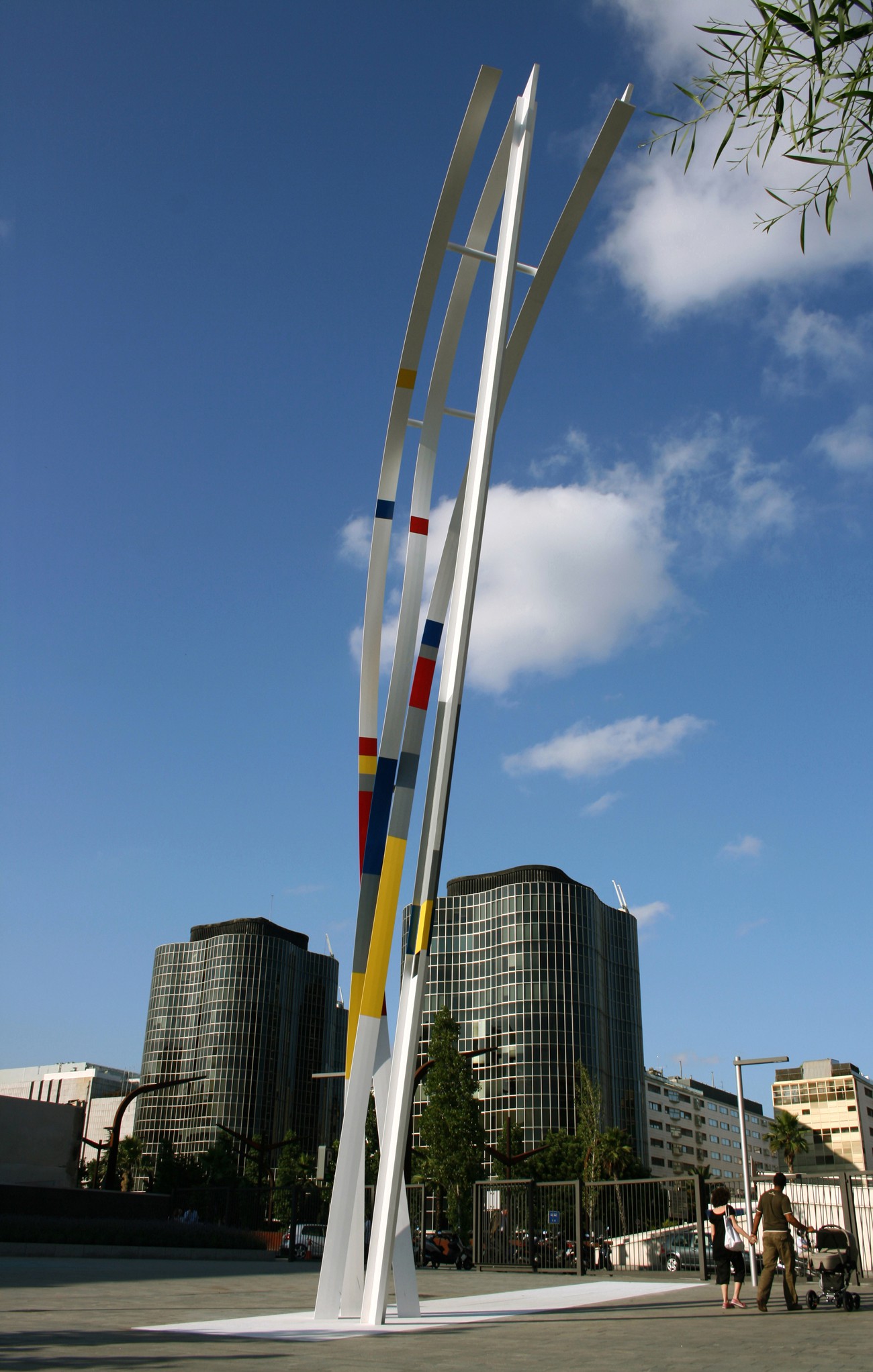 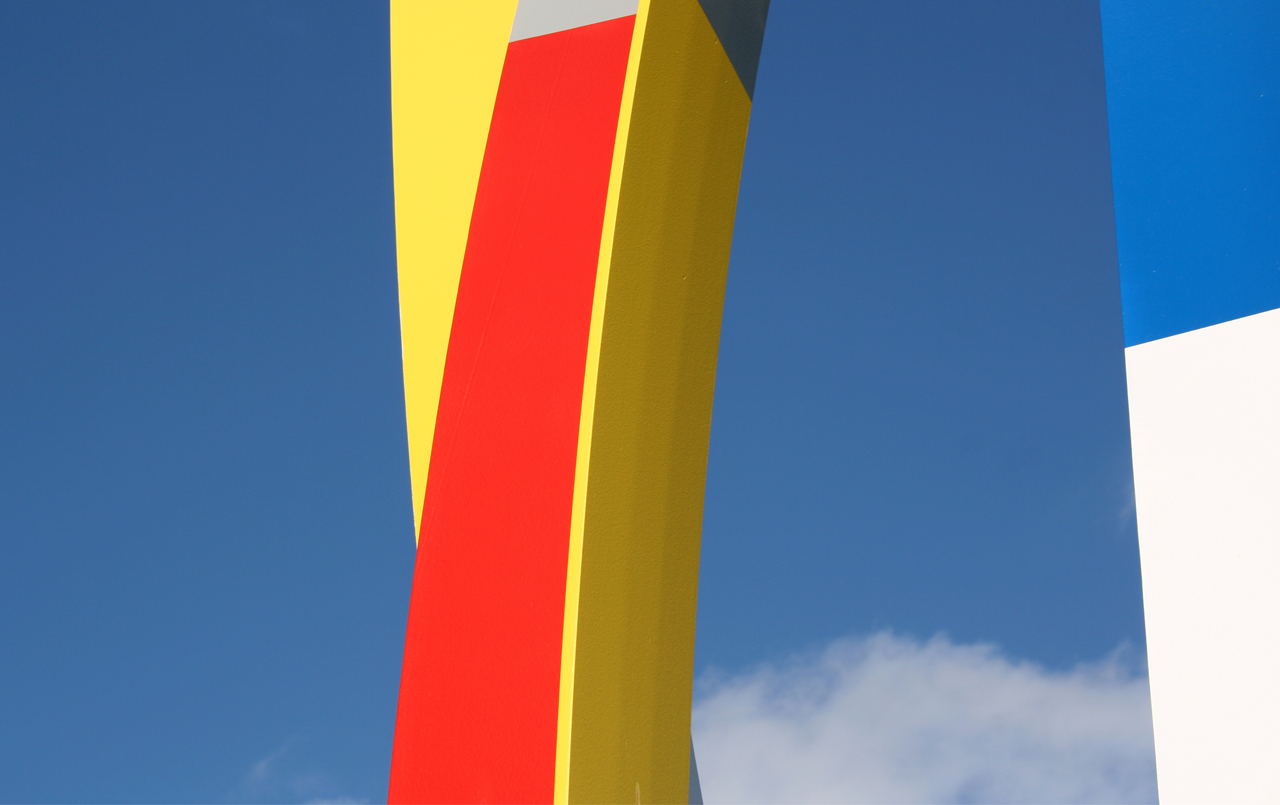 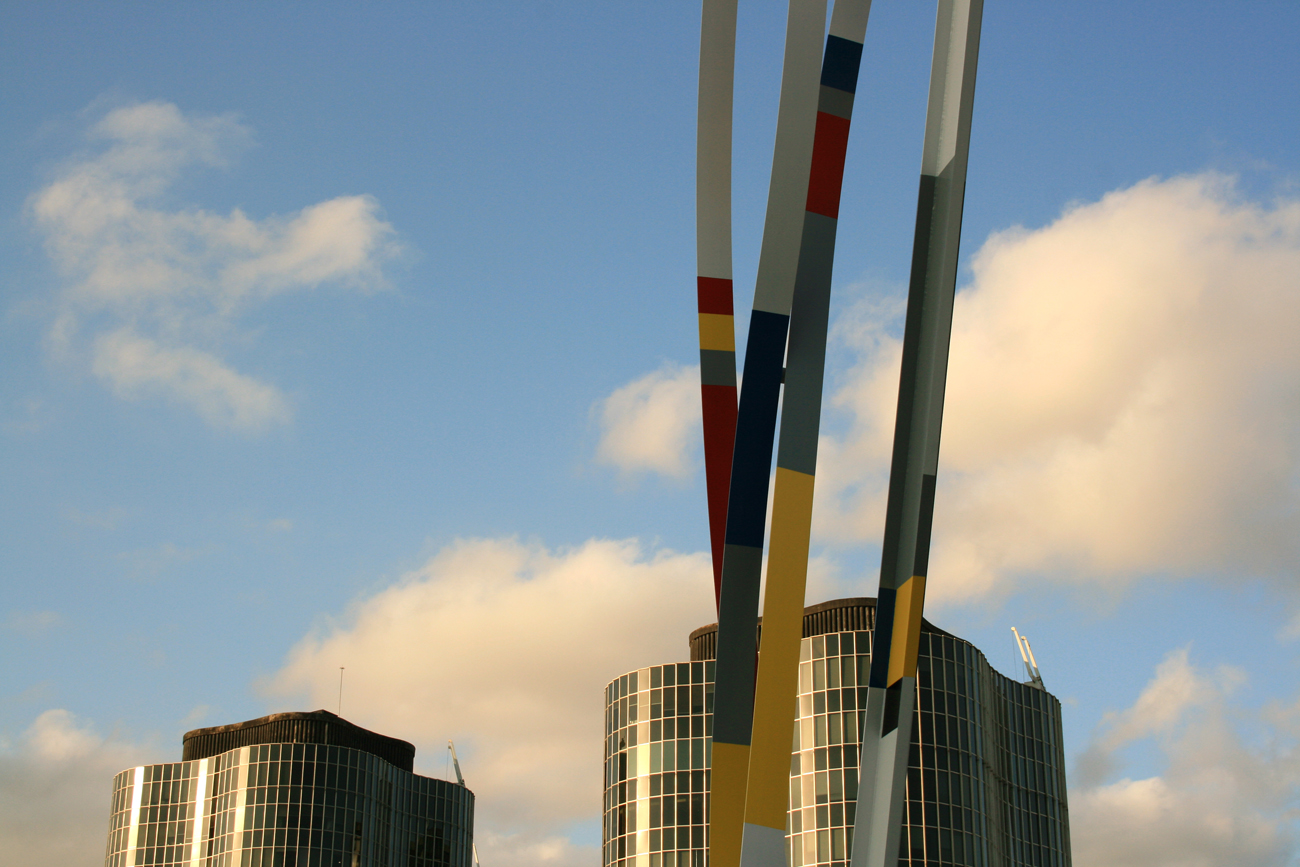 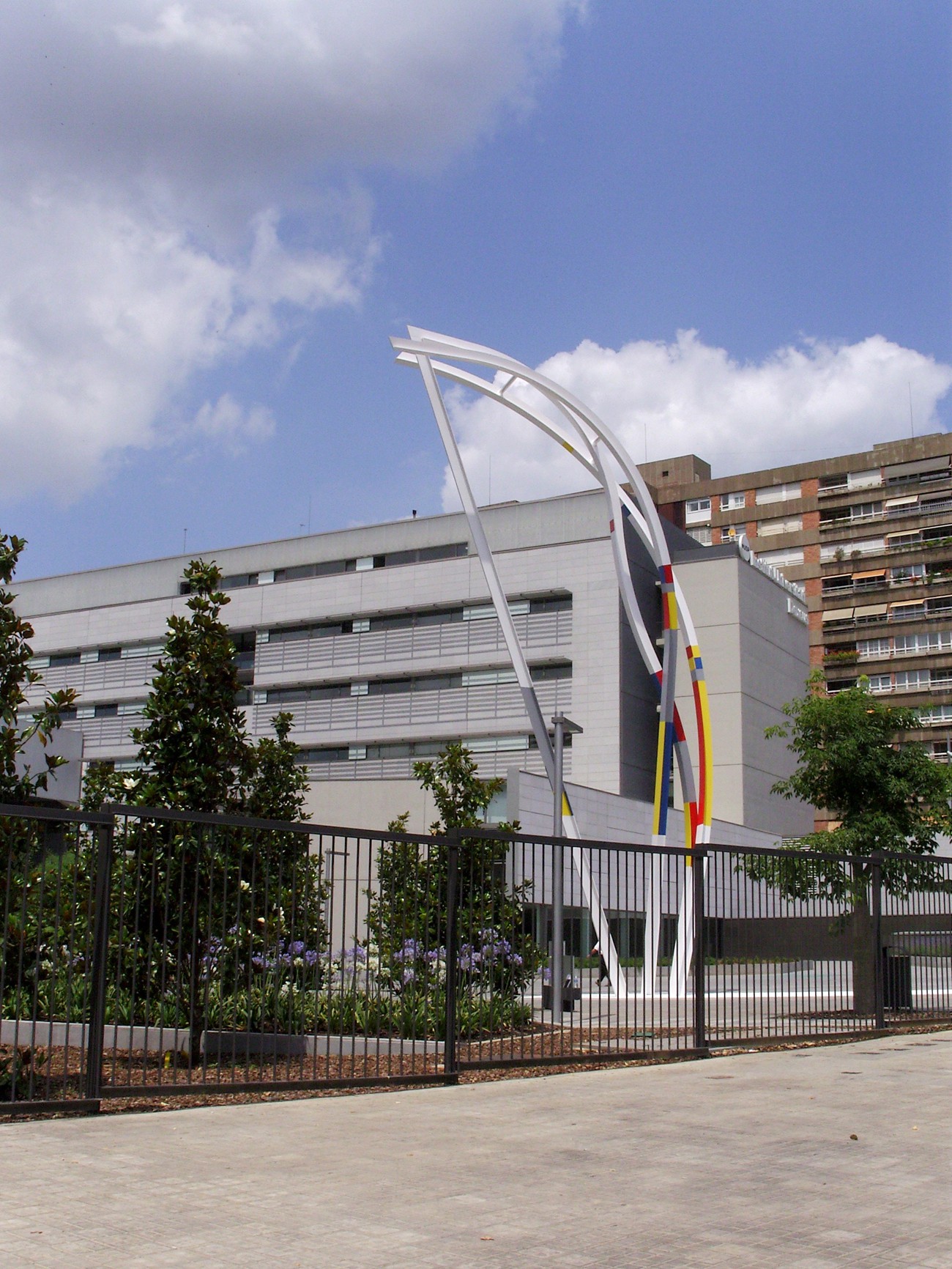